Younger generations tend to receive a fair amount of criticism for their obsessions with instant-gratification-based systems like social media and video games. There’s this idea that somehow, older generations were wired to be more patient while technology has fundamentally corrupted the young mind beyond repair.

In actuality, it is simply the nature of the human brain that prefers immediate over delayed rewards. Because the immediacy of social media exists, people of all ages are inherently drawn to these places where they don’t have to wait to feel others’ engagement with their work. While there can be numerous factors influencing the effectiveness of a reward, such as if it increases in size over time, as discussed in this Journal of Neuroscience article, it is ultimately most important to recognize how the timeliness of rewards can influence learning and engagement. Researchers have found, neural activity is higher with instant gratification as compared to delayed gratification, which means that instant rewards lead to more behavioral change.

For companies that are looking to increase engagement, it makes sense to focus on systems that yield rewards quickly. While delayed reward systems, like annual bonuses, have their place, psychologically, they require a significant amount of self-control to result in sustained motivation and productivity throughout the year. Some employees might be able to continually remember the opportunity of an inflated paycheck at the end of the year, but chances are, most will struggle with feeling excited about work on a daily basis. As this Forbes article argues, effective leaders who want to optimize in today’s world must leverage this base, human tendency for “now”.

In particular, reward systems that are centered around recognition and appreciation prove to be successful at effecting change. Research proves time and again, that regardless of your generation, there’s nothing quite as motivating as simply hearing words of support and affirmation from coworkers. The instant dopamine high from positive affirmation provides a sense of security and belonging fundamental to human happiness. Additionally, recognition and appreciation can easily be structured into an instant, rather than delayed, gratification system and can be done with very little cost. Rather than waiting for the end of the year party or performance reviews to express gratitude and appreciation for each other, companies benefit most from systems that allow for weekly or even daily recognition of effort and results.

In their book Appreciate: Celebrating People, Inspiring Greatness, David Stuart and Todd Nordstrom talk about their recent research on recognition and instant gratification. When employees were interviewed and asked what their bosses could do to most “inspire great work from them,” they answered “recognize me” three times more often than “pay me more” among other potential answers. In addition, they also found that it was critical for the recognition to be given in a “timely” fashion. When recognition and praise were given a long time after the hard work occurred, it was sometimes even viewed as condescending or offensive.

When employees were recognized for their efforts quickly, they responded far better on multiple levels. They had more confidence in their abilities, which helped with overall motivation and productivity. It also helped employees to worry less about how they were doing and what their manager was thinking about them; transparency provided assurance, so they were able to focus on work more effectively. Finally, the employees reported “an improved relationship with their leader.” When everyone was able to openly recognize and appreciate each other, the communication throughout the office improved, which then made corrections easier when they were necessary. The bottom line is that recognition brought people together and strengthened the bonds within the team.

As these authors so eloquently layout, instant gratification is not an inherently bad thing when it comes to office productivity. On the contrary, research and experience support the fact that long term, financial, rewards based on performance are much less effective in the absence of more short-term performance rewards because human nature only has so much ability to forgo short term gratification. There is a path to the destination and the path matters. The irony is, the most effective “instant gratification” program, regardless of age, is not expensive in the least – it is simply to recognize those around you for the hard work they put in every day.

Preciate Recognition is a built-in part of our platform that offers companies of any size the ability to start an employee recognition program for a very low price. If your company culture could use a boost, and you’d like to learn more about our recognition offerings and how they can help motivate your employees, contact us. Or check out Preciate Recognition for free now. 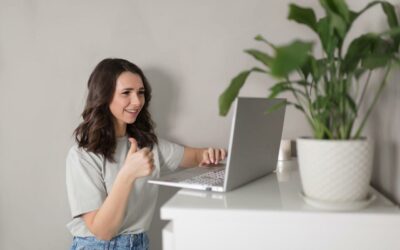 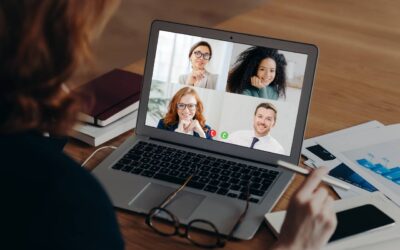 The 4 Best Virtual Conference Platforms of 2022, Hands Down 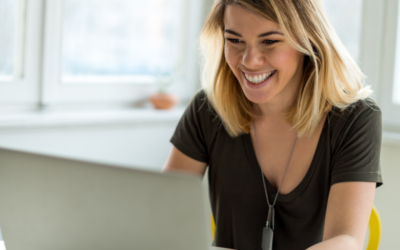